During his residency, Prem Sahib will produce a series of still life sculptures, handmade posters and rubbings that will take their cue from the social events and gatherings occurring around the city. The final outcome of works will be presented in an installation format, referencing to activities commonly associated with the night, occurring during the day.

In a compound graciously perched on a steep hill below Cristo Redentor (a looming presence that appears and disappears according to the Gospel of the cloudy winter season) new pathways will be opened and new functionalities will be improvised for the duration of a day, September 11th. Artist Prem Sahib will be ‘crossing the line’ of a residential space, in the company of curator Milovan Farronato.

The guesthouse where they are living and working for one month will host an assembly of athletic bodies, fragmented to capture the prominence of their curves. This series of hand painted studies are reminiscent of the daily competitions occurring around the city and will be marked by an alternative Olympic poster designed by the artist.

Will the Sauna still function as such, or according to the specific aesthetic of Sahib, turn into one of his leitmotifs? Will the Gymnasium be accessible, or new visual instruction be provided? For sure a new club night will be dreamed up in the depths of the prominent vegetation of the Jardim Botanico district. These are all areas of Inclusartiz facing the sun, where viewers will be able to see the handmade ‘draft’ of an exhibition. The rest of the interventions will be layered along the narrow labyrinthine pathways that exist in the shade of the garden or the underbelly of the mansion.

To cruise implies movement in search of possible pleasure, without a specific goal. To sail about on a pleasure trip with different stops, or enjoy new locations at a constant speed that permits maximum efficiency. Cruising the House will inflict a fictional narrative to coexist alongside the domestic dimension. 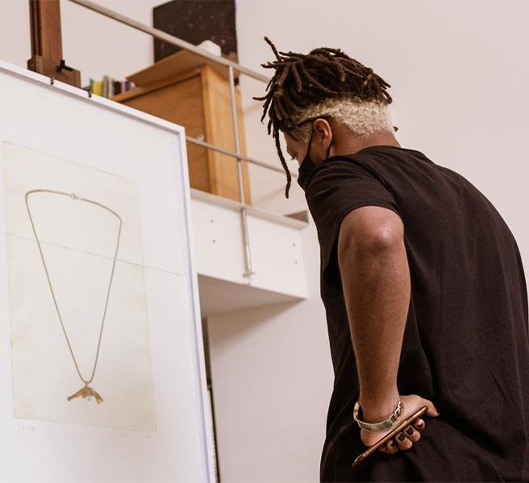